My first exposure to the work of Alan Lomax was a collection of prison songs that I picked up, probably after hearing something on public radio. It was the Big Brazos collection. I remember that much: 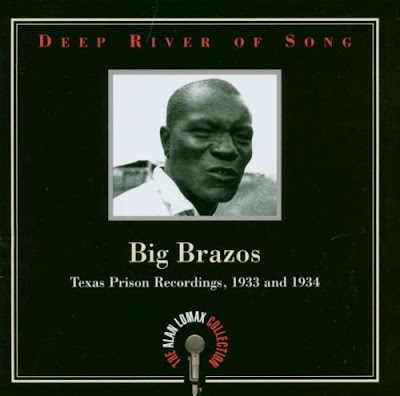 The disc was a watershed moment for me, linking the lingering effects of the African Diaspora with my growing awareness of communal music and all that it might hold for us. Sylviane Diouf has suggested that as many as 20% of those enslaved and brought to the Americas were Muslim. It's possible that, in listening to those prisoners singing away the hell of a blazing Texas work-farm, I was listening to the descendants of my brothers in spirit. And their message was clear.

Singing together makes the day go. It revives the spirit and shunts blood through tired muscles and a broken heart.

Those voices would have died out there on the field if it wasn't for the work of Mr. Alan Lomax and those who follow in his footsteps, those who record and archive the living history of common people. And this was not work without significant danger. Alan Lomax was branded a Communist. The FBI, CIA, and the British M15 kept files on him and harassed him mercilessly.

People's music is dangerous. It is the antidote to panem et circenses. Lomax brought attention to the communal traditions of musical expression that brought people together, that afforded people the collective strength to stand up and resist oppression, even if only at the level of spirit. And, like those slave masters who forbade their charges the drum, Lomax would be criminalized for his work.

There are people like Lomax today, people who sit with others to record, to compile, to archive, and to share. They have an open, encouraging presence that allows them access to the masters of a particular tradition. And they are preserving.

In that preserving there is also a perpetuating, and that's the dangerous stuff. They bring us glorious noise to challenge the contemporary entertainment paradigm, and these are the sounds that mainstream media wants so desperately to drown out.

Lomax set a wonderful precedent, and there are others who continue this work, many outside of the American folk milieu. The people at Ihsan Press are doing this work. The nascent effort that is Nashid Lyrics is another example of quiet revolution.

It is this triad that will deliver the bullet, guns down and voices up in the primal circle.
Posted by Ahmed Pierstorff at 6:44 PM No comments: