We've had lots of conversations in our primal music gatherings about the lamentable movement away from communal music (and all of the supposed benefits of that model) and the current iteration of music as an industry that disenfranchises and distracts.

Communal singing brings people together around societal requirements: religion, work, national pride, and political protest, as examples. Much of that has changed, at least on our shores, with music still bringing people together, but not around high ideals.

Instead, we come together as fans.

It's a word that derives from fanatic, which is generally cast as a bad thing, at least when applied to things like religion and politics. The social engineering goes like this: do not be zealous when it comes to your beliefs and your ideas around governance and social justice. Rather, take that energy and put it into your favorite musical artist. 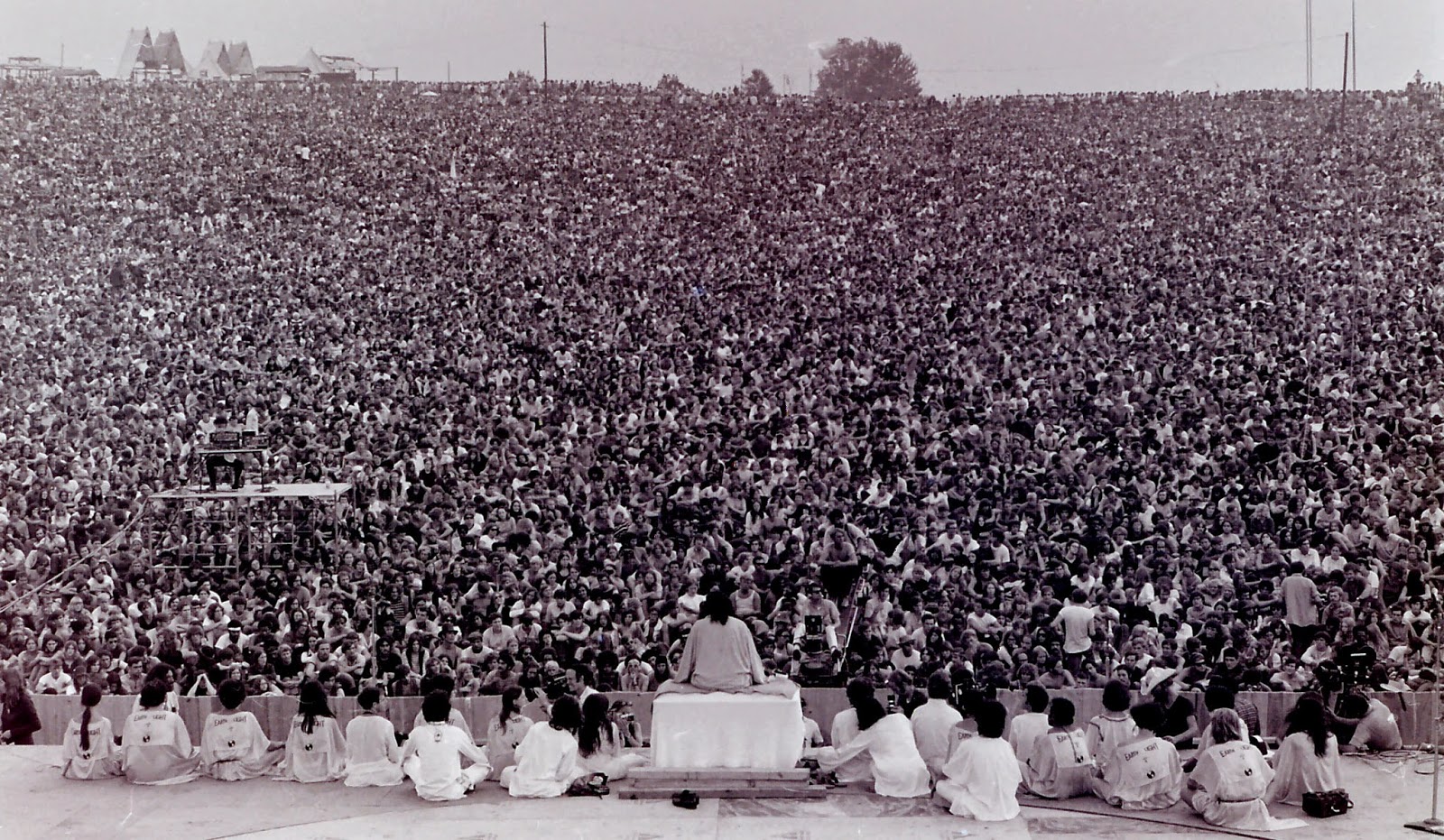 That's a really amazing picture. That's the opening of the original Woodstock concert in '69. And what's incredible to me is that I think it captures a point in our transition in moving away from a resurgence in communal music (the new folk movement of the early 60s) and into the vapid stadium bombast of today. It was possible to have a yogi address a crowd of 500,000 in order to frame the event in spiritual terms, as is happening in this picture. The people had already been connected through the folk revival. You could address the crowd's sense of unity and purpose, and you could speak about the event in terms of how it symbolized the possibility of an extended peace. But, just as comfortably, you could also turn the crowd over to their new idols.

And now the idols have taken over and we're no better for it.

We need to get back on track, God willing, and so we need to really lay out the empirical benefits of primal music. I've had a chance to read a number of research papers that I intend to share over the coming weeks, great stuff that really seems to corroborate some of the underlying, intuitive assumptions I have about communal singing and drumming.

Until then!
Posted by Ahmed Pierstorff at 3:52 PM