Music gets me through hard times.

My father was a blues and country man. Sired in the hills of Kentucky, he had a profound appreciation for the everyman twang of Hank Williams and Willie Nelson. A lifetime of bad choices put him in the company of bluesmen like T-Bone Walker and B. B. King. My father spent a lot of time listening to men moaning about what went wrong and why.

My mother, a Syrian immigrant, loved a good folk song. The lighter stylings and socially conscious musings of Bob Dylan or Joan Baez was the soundtrack to her cooking and my homework. And in her more passionate moments she thrilled to a sweeping show tune, songs from the stage, perhaps My Fair Lady or Jesus Christ Superstar. 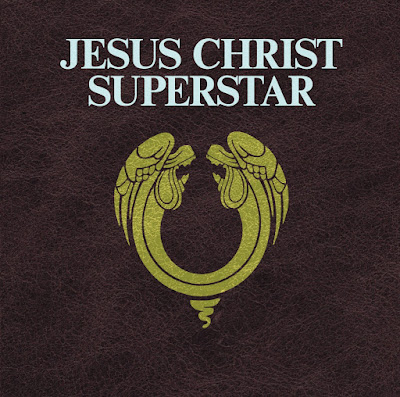 My parents split up when I was twelve. These were hard times, and music was there. I was drawn to the anger and gravity in some of the more fringe rock genres: East Coast punk, speed-metal, and thrash. This was music that tied neatly into my fractured experience. These were artists articulating my state of confusion and dismissal and I found solace in their grinding guitars and primal howls. By age 15 I had a guitar of my own and within a couple of years I was jamming with friends in garages across several neighborhoods. I was grinding and howling and it was tremendous catharsis.

In my twenties I had a record deal and also a deepening interest in spirituality. I was raised in the Islamic faith, though for me this was more of an inherited cultural relic than a life path. But, through various challenges as a young adult, my behavioral patterns and developmental limitations became apparent, and my desire to experience something limitless surged.

This initiated a period of existential inquiry that landed me, ultimately, into a fuller appreciation of the faith of my birth. And in this new and growing understanding of Islam, there seemed to be a number of incompatibilities with the person I was and the person I wanted to be. In order to set my spirit free, it seemed, I had to drop some weight. And among those things rather abruptly jettisoned was my relationship with instrumental music.

Behind this was a centuries-long debate within Islam about the legal permissibility of using tuned instruments in the creation of music. There were opinions and arguments on all sides of the debate, and in the end only one thing was absolutely certain: there was no certainty.

But so vast and perfect is Islam in its articulation of the human experience that even uncertainty is addressed. The Prophet, may the peace and blessings of God be upon him, teaches:


For centuries, Islam’s greatest thinkers and most pious practitioners could not agree on the permissibility of using tuned instruments for musical expression. As a corollary to this, there is absolute certainty as to the permissibility of leaving off musical instruments altogether. For the aspirant then, the choice is made still more clear by the following axial teaching of the blessed Prophet:


Twenty years ago, in order to protect my religion and honor, I walked away from my musical collaborators and our recording contract. It was a choice I felt good about, but in order to keep feeling good about it I had to radically restructure my social circles. I cut out my musician friends, and even those Muslim friends and acquaintances that advocated a more permissive approach to music. I cloistered myself in the supreme safety of religiously conservative people that had made similar choices and together we reinforced the sensibility of our decisions and the privilege of having been so guided.

There was no distancing myself from my love for melody and rhythm, however, and I had the extreme good fortune of exposure to the song-circles of religiously observant Muslim mystics, the sufis of the Levant who taught me the immeasurable pleasure of communal singing. There were no instruments beyond a simple frame drum in their gatherings, but the resonance and power of men singing as one voice impressed me greatly. I seemed to glimpse through them the singular utility of music in bringing people together to inspire, emote, refresh, and elevate. I termed this audition primal music and I had experienced no better tool in the reconciliation of the daily incongruities encountered on the spiritual path.

In this vein, limiting musical expression to one’s voice seemed to encourage an intriguing exploration of self. Save for those early childhood experiences where we (perhaps along with our parents) delighted at the sound of our own voice, most of us have never been prompted to fully develop our vocal capacity. Whatever insecurities we might have in this regard, it remains true that bringing one’s voice into reverberation with others has the potential to amplify and beautify the sound, to excite not only the sonic texture of the melody, but also the veracity of the words sung. Unified voices hint at how the multiplicity of creation might be simultaneously derived from and subsumed by the Oneness of God.

Musical instruments add nothing to this. They are a distraction in fact, pulling power and attention away from our personal and collective ability to summon forth the latent and incomparable beauty within. To play a musical instrument is to be ungrateful indeed.

This was my mindset for many years. In some respects, I fancied myself an anti-musical instrument activist. I have children, four beautiful daughters, and I was vigilant about the sounds that they were exposed to. We didn’t have a television in the home. There was no radio. When we listened to anything it was a cappella and most often religious.

And there were problems.

It was in the context of a very homogeneous cultural group, Levantine sufis, that I came into many of my ideas about what primal music might offer a person or a society. Indeed, as I began to look more deeply into the world’s traditions of unaccompanied communal singing, I found brilliant examples of its power to connect and amplify in virtually every culture, so long as the culture was homogeneous. The primal music of many Native American tribes, or the chanting of Tibetan monks, or the rural folk singing of Balkan Georgia all validate the beauty and function of music simply and effectively realized. But I could not find examples of where vocal communal music bridged different cultural groups on any appreciable scale.

Primal music is barely represented in the cosmopolitan urban centers of the world. The historic convergences that led to the rise of these metropolises and their more heterogeneous populations is worth exploring. I won’t do that here, except to say that things happened and here we are with globalization absolutely forcing some confounding cultural encounters.

And in this context, my context as a denizen of the Greater Los Angeles area, primal music exists only in isolated, homogeneous pockets. Rather than the fantastic gathering quality that I observed in the Levant, primal music on the pluralistic West Coast is ghettoizing.

I’m a hopeless idealist and this initially upset me. I actively looked for ways to introduce this idea of primal music to a larger, more diverse audience. I learned about various drumming traditions, reasoning that perhaps not everybody enjoys singing. Through drumming, people could still participate in the musical experience. I hosted a number of drum circles over several years and I had a great time doing it. Eventually, I began to write songs as sansfife, at first using only drum and voice, but with melodies and subject matter that I felt were more in line with my contemporary milieu. There was some interest on the part of others in listening to those songs, but there was very clearly no interest in building a communal singing tradition out of that material.

Through this work I met others who were exploring similar ideas. There is absolutely a palpable hunger out there for a communal, participatory, and ultimately more meaningful relationship with music. And while that’s true, something else was happening that got my attention.

I was asked to leave my married home in June of 2015. The immediate effect of the divorce upon my children was to remove them from my influence. Their mother did not share my qualms about musical instruments. When I saw my girls on the weekends, I was serenaded with all of the latest and entirely vapid pop nonsense.

At first I was angry, but in time I became curious. They took to contemporary music so quickly and so totally. They had no comparable enthusiasm for the well-sung sufi ode or the grass dances of the Plains Indians. Why was that?

The answer, of course, lay in the fact that the pluralistic, heterogeneous, urban metropolis that we call home does have a sonic backdrop. And it’s bombastic and loud and supported by musical instruments. My daughters were simply resonating with and expressing their cultural experience.

Which is, of course, my cultural experience. My girls brought me full circle, forcing a reconsideration of many things including my position on music. But it wasn’t only my personal domestic reorganization that triggered renewed introspection. America has a new president and my faith community is on the global hot seat.

In the next post, we’ll talk about taking risks, adopting inclusivity in the fight against otherization, and the surprising relationship between Islam and rock music.
Posted by Ahmed Pierstorff at 1:20 PM